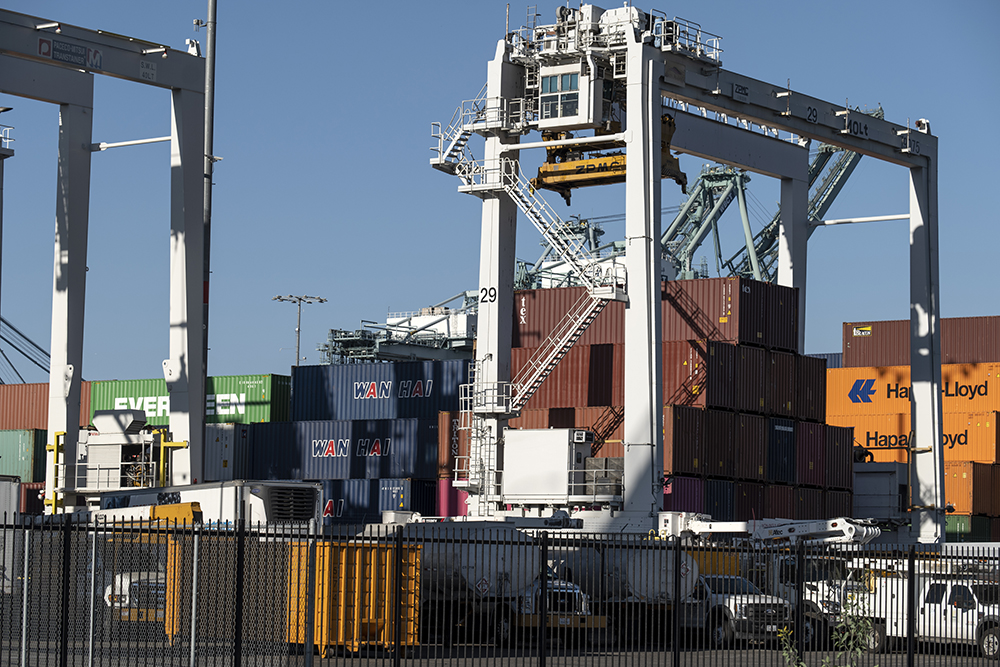 This year’s third quarter was unproductive for investment assets. Domestic stock markets were mixed, with the S&P 500 fractionally positive but the Dow Jones Industrials, Nasdaq and the New York Stock Exchange Index all negative. Risk-free Treasury Bills continue to pay virtually nothing. Bloomberg’s U.S. Aggregate Bond Index was also essentially flat and remains negative for the year-to-date and the last 12 months. Gold, which had been in an uptrend since 2015, pulled back fractionally in the quarter and remains down so far in 2021. The only big winners in the third quarter were the junkiest of junk bonds, the CCCs, which are one step above default. They returned 10.5% for the quarter and 23.4% over the past 12 months. Taking historical, outsized risks continues to be the most productive path to profit in a market subsidized by the Fed and other world central banks.

The investment environment is characterized by conflicting positives and negatives. As mentioned, the world’s major central banks continue to flood their respective economies with freshly printed money. Much of that has found its way into the securities markets. Year-over-year corporate earnings growth is powerful, coming off a pandemic-penalized 2020 base. Government stimulus has built up consumer spending power, and last year’s business closures have left consumers eager to shop. Investors have learned from repeated experience over the past dozen years that government forces will bend every effort to keep securities prices up. As a result, the buy-the-dip incentive has grown increasingly strong.

A growing number of factors, however, are starting to give investors pause. While the Fed continues to print massive amounts of money—currently $120 billion per month, they have announced their intention to begin tapering that amount in the next month or two by reducing monthly purchases by an estimated $15 billion, ending that government handout by mid-year 2022. The Fed’s current position is that they will not begin to raise short-term interest rates until a few months after the taper ends. Wall Street has begun to worry, however, that the Fed may have to speed up the tightening process should inflation prove more permanent than the Fed expects. That worry has grown as monthly inflation figures appear stubbornly to contradict the Fed’s expectation that inflation will prove to be “transitory”. The current sharp spike in energy prices may lengthen the inflationary surge.

While Covid and the variants seem to have peaked in this country, there are still tragically large numbers of hospitalizations and deaths in the United States and in many other parts of the world. As the northern hemisphere heads toward colder months, the potential exists that the virus could again begin to spread more broadly.

In the aftermath of the pandemic’s early virulence, supply chain disruptions are widespread. At the end of September, Fed Chair Jay Powell warned that these disruptions appear to be worsening. Such forces are likely to penalize buyers and sellers alike for many months to come. Compounded by shortages of qualified labor, the gears of American business may mesh less smoothly as we attempt to recover from the worst health tragedy in more than a century.

Having lived through the Financial Crisis, which was precipitated by excesses in housing speculation and debt, investors are certainly familiar with the danger of overleveraging. With current government and household debt at historic highs, any significant economic slowdown would produce magnified declines in GDP, corporate profits and, undoubtedly, equity prices.

To date investors remain aggressively bullish. Equity holdings as a portion of total portfolio holdings are effectively at the same high levels as those seen immediately preceding the two biggest stock market declines of the past 40 years, which is as far back as the study of asset allocations goes.

Nobel Prize winning economist Robert Shiller is the preeminent authority on the history of valuations of U.S. assets. Earlier this month he wrote that the prices of stocks, bonds and real estate, the three major asset classes in the United States, have never in modern history been simultaneously this overpriced. The cyclically adjusted price-to-earnings ratio of U.S. stocks is today more than twice the level of its average over the past 140 years. It is also the second highest in that time period, behind only the reading in December, 1999, which introduced the turn-of-the-millennium stock market collapse that saw the S&P 500 57% lower nine years later.

The following graph is from Ned Davis Research, an outstanding source of economic and market data. It shows a 95-year picture of Warren Buffett’s favorite valuation measure—market capitalization as a percentage of gross domestic income.

The middle section of the graph shows clearly at what levels positive investor enthusiasm has peaked over most of the past century— in 1929, 1937, the mid-60s to early 70s, 2000 and 2007. The current reading is well above any of its predecessors, all of which preceded the most severe stock market declines in the past century. The table in the graph’s upper left corner shows the return on the S&P 500 when readings were in the top and bottom quintiles of the monthly data relative to the dotted trendline in the middle section. Note the dramatic difference in returns from points in the top or bottom quintiles. Note also that the average return from all points in the top quintile was negative even out as far as 11 years.

No study can predict the future with certainty. At best, such studies can only alert us to what has happened, and with what frequency, when certain conditions occurred in the past. What this study and a number of other valuation studies allow us to conclude, however, is that, unless it is different this time from any time in the past 95 years, at some point we can expect a reversion to long-term fundamental levels of valuation, which would involve a significant decline in market prices. It is also important to recognize, however, that periods of severe overvaluation have occasionally lasted for many years, as in the 1960s to early 1970s and over the past dozen years.

Markets can retain a bullish trajectory so long as investors remain optimistic and willing to commit more money to equities. To the extent that unprecedented government stimulus continues, it is entirely possible that equity prices can seek new highs, notwithstanding historic levels of overvaluation. The current high-risk environment, however, should encourage all investors to evaluate their own financial and psychological willingness to seek further market gains at valuation levels that have inflicted severe and lengthy capital losses over many decades past.

We welcome clients to engage with us to evaluate your own desire to balance risk and reward potential.