Mission’s Board of Directors safeguards your interests.  The Board oversees the company’s fiduciary activities, compliance with state and federal laws, and operational soundness. 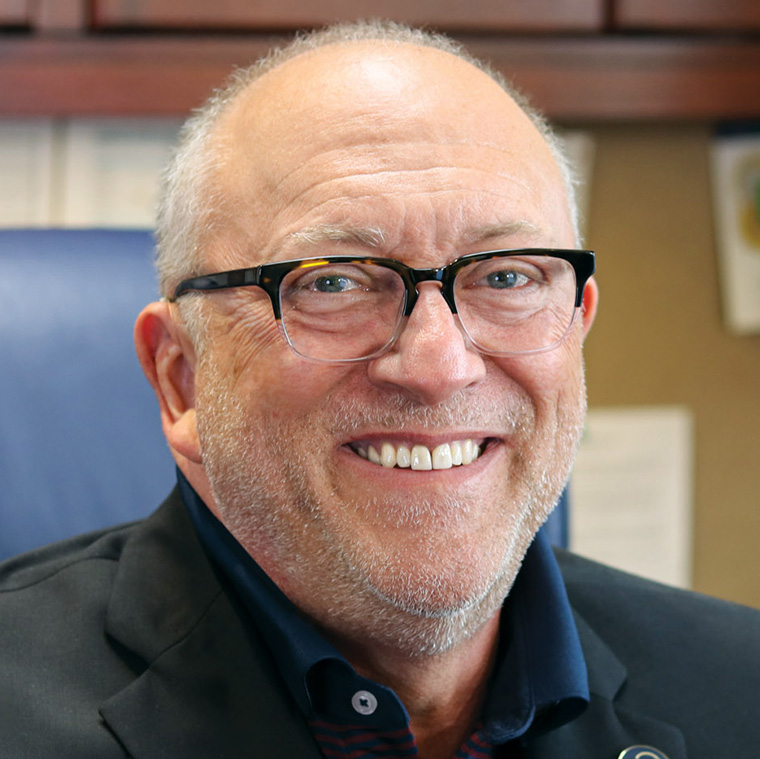 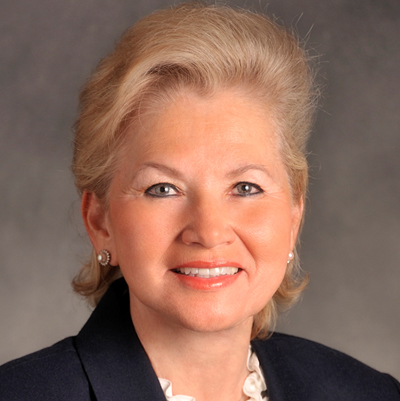 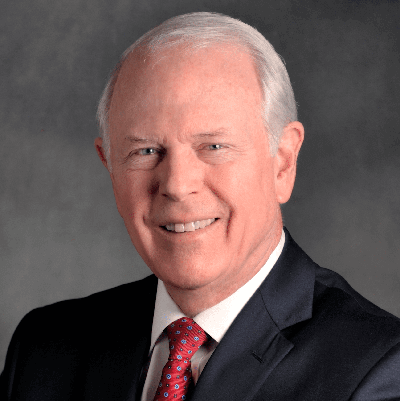 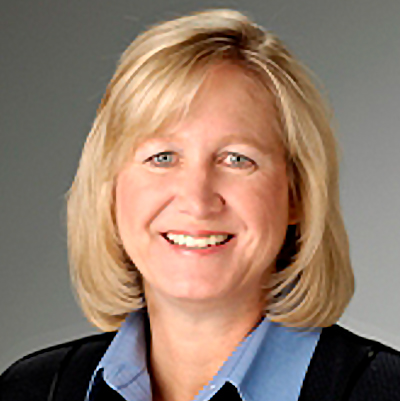 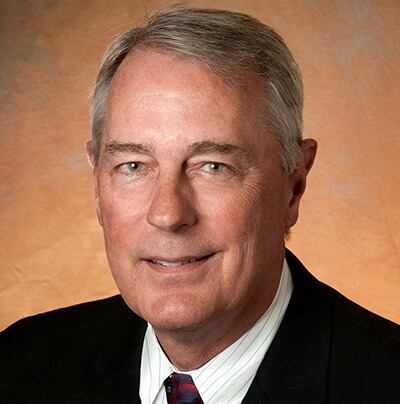 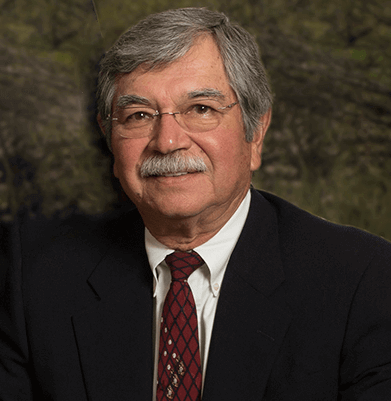 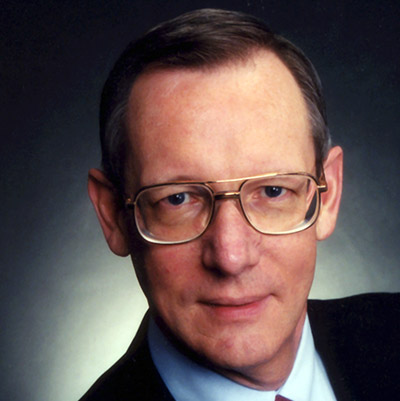 Thomas Gryp, Chairman/CEO, is also the President/CEO of Notre Dame Federal Credit Union. Spanning a financial services career of more than 40 years, Tom possesses a broad array of operational acumen with an emphasis in lending, technology, and investment management services.

Since joining Notre Dame FCU in 2010, Tom has led efforts to radically transform the credit union into a dynamic, entrepreneurial institution, with an extensive and growing national presence. His constant innovation earned him the CEO Trailblazer of the Year Award from Credit Union Times in 2016.

Prior to this role, Tom was Managing Director and Regional President of Northern Trust Corporation in Scottsdale, Arizona, where he was responsible for leading a team of commercial lenders, trust officers, portfolio managers, financial advisors, and personal bankers.

Carmen Bermúdez is the Chairman Emerita and was the founder of Mission Management & Trust Co., established in 1994.  Over the past three decades, Carmen has received a great many honors, including:

Carmen has been featured in a number of publications, including: The New York Times column, “The Boss”; Fortune magazine’s Minority Business Enterprises Special Industry Report; and Arizona’s 48 Most Intriguing Women, by the Arizona Historical Society. Carmen has served on several boards including the Board of Trustees of Xavier University of Louisiana and currently the University of Arizona Foundation Board of Trustees. She is a member of Southern Arizona Leadership Council. Carmen also serves as Honorary Consul of Costa Rica to the United States, an appointment conferred by the President of Costa Rica in 2002.

Thomas J. Feeney, Managing Director and Chief Investment Officer, has been professionally involved in asset management and investment consulting since 1969. He has worked with cities, states and major corporations, concentrating particularly on service to charitable and other not-for-profit organizations. In addition to his responsibilities at Mission, Tom was President of Mission’s predecessor firm, Marathon Asset Management Co., Inc. He was previously Executive Director of Stewardship Services, Inc. and a Senior Vice President of Atalanta/Sosnoff Capital Corporation. Prior to his investment career, Tom served on the faculties of the University of Santa Clara, St. Joseph’s College and Guadalupe College. In later years, he lectured on investments at the University of Notre Dame and Georgetown University. His own academic background includes an A.B. in Economics from Boston College, an M.B.A. degree from the University of Santa Clara, studies at the Stanford Law School and additional post-graduate work at the University of San Francisco. Tom’s community activities include fund development and pro bono consulting for non-profit organizations. An avid golfer today, he completed the famous Boston Marathon three times.

Susan L. Ernsky, President, oversees day-to-day company operations and is a member of the Client Advisory and Portfolio teams. She joined Mission in 1996 after serving as regional manager and Tucson bank president at Citibank and Norwest Bank, respectively. Susan earned a B.A. and M.B.A. from the University of Arizona. Community minded, she was Chairman of the Board for TMC HealthCare and served on its captive insurance subsidiary board. A recipient of numerous awards, including the Women on the Move Award from the YMCA, Susan values working with a team that really cares about its clients. Earning her clients’ trust and confidence is the most rewarding aspect of her time with Mission.

Dennis Feeney is a recently retired human resources executive, having spent the last 30 years of his career designing and implementing compensation and benefit programs while employed by AlliedSignal Aerospace, Hughes Missile Systems, Unocal 76 Products and SunAmerica Financial Group. He worked with all levels of employees, from CEO to the factory floor.  He took pride in influencing younger employees to save and invest through company-sponsored retirement plans. Prior to his business career, he spent several years as a radio news and sports journalist in Detroit and Ann Arbor, Michigan. He holds a B.A. in Economics from Stanford University and an M.B.A. from the University of Michigan. He was a guest lecturer for the UCLA Anderson School of Management M.B.A. program.

Eduardo Leon is the project manager for Gallery Golf Course Properties. A native Tucsonan and successful real estate developer, Mr. Leon has a B.A. in Civil Engineering from the University of Arizona. Following college, he played professional baseball for 11 years, eight of those in the major leagues, playing shortstop for the Cleveland Indians, Chicago White Sox, and the New York Yankees. In 1976, Mr. Leon created a booming commercial sector for the Cienega firm in Tucson, which eventually led to his overseeing the planning, construction, and leasing/sales of several large projects around southern Arizona. An active member of the Arizona Baseball Commission, Mr. Leon was instrumental in bringing the Colorado Rockies and the Chicago White Sox to Tucson for spring training. In 1996, Mr. Leon and his family were honored by the University of Arizona Hispanic Alumni Association for their contributions to the Tucson community.

C. William Winkler, Jr. has been a tremendous resource for Mission since 2000, when he joined Mission’s team as Treasurer/Controller. Originally from Indiana, Bill received a competitive appointment to the United States Naval Academy. Instead of accepting that appointment, he committed his career to the disciplines of accounting and helping companies be financially successful.  Bill earned his B.S. and M.B.A. at UCLA.  He previously worked at Arthur Anderson, where he was an audit manager, emphasizing corporate office audits and S.E.C. reporting.  Bill later held positions as CFO of Kincoa Corporation, and corporate controller at Teledyne, Inc.