To Be Equity-Lite or Equity-Heavy? 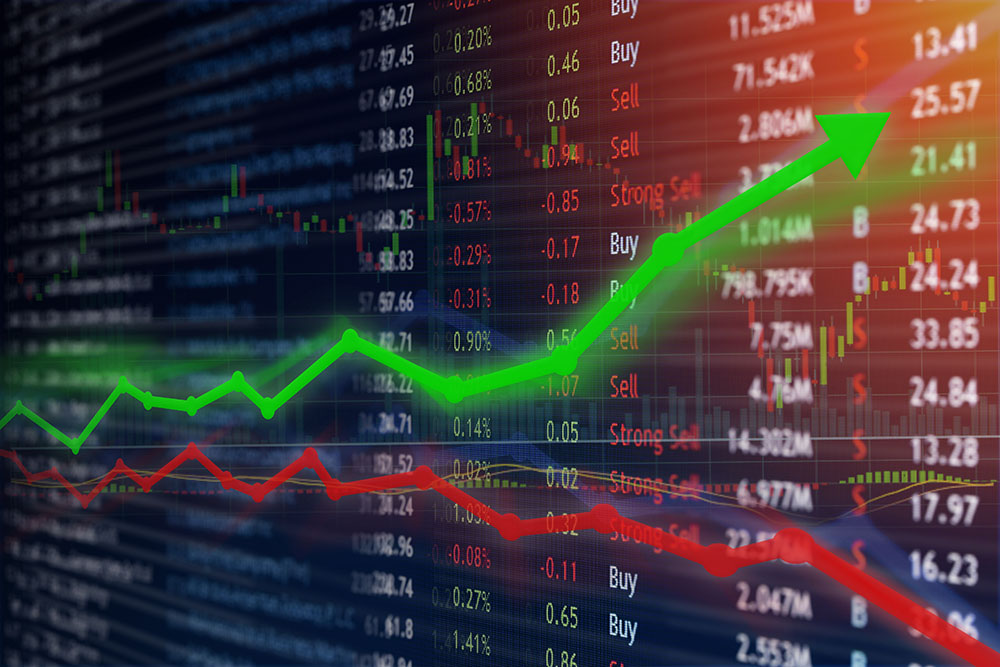 To Be Equity-Lite or Equity-Heavy?

During the first quarter, we experienced the fastest ever 35% decline from an all-time high in US equity market prices. The subsequent remarkable recovery rally regained most of the lost ground in barely a month and a half. Commentators are currently marveling about the disconnect between aggressively rising stock prices and the weakest economic data in more than three quarters of a century.

A great many investors are unhappy. Many who were heavily invested in equities when the market hit an all-time high in February saw years of gains erased in just over a month. Market statistics show that many reached their point of maximum pain tolerance and abandoned meaningful amounts of equities as economic statistics plummeted along with stock prices. Regret was palpable. Conversely, investors who had minimal equity holdings at the February market highs because of extreme overvaluation, yet failed to add appreciably to equity positions on the decline, felt that a great opportunity had passed them by, even if their portfolios had outperformed the equity market roundtrip.

The current environment calls loudly for a sober evaluation of the reasons for or against substantial equity ownership. Because of a multitude of uncertainties and extraordinary government actions, markets could go either way. Equity-lite portfolios could miss major opportunities. Equity-heavy portfolios could be sliced by more than half.

Since March 23 of this year, and for the better part of the past 11 years, heavy ownership of common stocks has been generously rewarded. Throughout that period, investors and speculators benefitted by ignoring traditional equity fundamentals and simply having faith that the Federal Reserve and other major central banks would continue to support equity prices, regardless of economic and market conditions.

Faith in the Fed is still arguably the most cogent reason to remain heavily invested in equities. Major central banks have pledged history’s most monumental levels of stimulus for the foreseeable future and have effectively said they will do whatever is necessary to boost economic conditions. Interest rates around the world are being held at or near all-time lows. Investor reliance on the Fed has been rewarded by an 11-year winning streak. The only fly in the ointment is that there is no example in history in a major developed country of massive central bank monetary stimulus ultimately overcoming extreme stock market overvaluation without first experiencing long-lasting economic disruption and extended stock market decline.

Another reason for investors to remain heavily in equities is their belief that positive momentum will prove profitable for a while longer. Wall Street remains bullish, and the algorithms that dominate so much of market trading have learned most of their lessons in a more than decade-long bull market environment. Eventually, momentum peaks and reverses, and successful traders have to make a timely sale. Algorithms that have learned from more than a decade of rising prices could be destructive of wealth when this era ends.

Equity-heavy portfolios could continue to be profitable if, as some believe, the current recession proves to be short-lived with corporate profits bouncing back strongly, justifying even higher stock prices. There are, however, very few reputable economists or analysts that expect economic conditions and corporate profits to return to 2019 levels in the near future.

After more than a decade of market strength, some investors believe they will be able to select stocks that will survive whatever the economy throws at them. That survival likely depends on how severe market declines become. Historically, large percentages of the investor universe sell when they reach their point of maximum pain tolerance during significant market declines.

Some may also believe that they will survive even the weakest of markets with a properly balanced portfolio. Throughout U.S. history, weak equity markets have at least been partially offset by a rallying fixed income component. Should we experience an ongoing bear market in equities from here, however, fixed income securities with historically low yields may offer no help. In fact, should interest rates rise, the fixed income portion of a balanced portfolio might contribute to portfolio losses.

Notwithstanding still considerable bullish sentiment, there are several significant reasons to be equity-lite. We are in the midst of the worst economic contraction since the Great Depression of the 1930s. Second quarter numbers, which won’t start coming out for a few more weeks, are forecasted to be profoundly worse than first quarter data. Unemployment figures are close to the worst ever experienced in this country. Scores of businesses are closing, and many jobs will never come back.

As a result of the economic collapse, corporate earnings are plummeting and are forecasted to be down year-over-year in all four quarters of 2020. So uncertain is the economic picture that unprecedented numbers of companies are refusing to provide earnings guidance for the quarters ahead. Through Friday, June 12, Standard & Poor’s was forecasting $92.06 as the year-end GAAP earnings figure for the S&P 500. Friday’s price of that index was 33 times the expected full year earnings, roughly double its historic average. The latest Reuters poll of more than 250 economists showed expectations that recessions in most major global economies would be deeper this year than previously predicted.

Even before the current recession, a composite of all major valuation measures was close to the all-time high set during the dot.com mania. Those measures may register their highest level of overvaluation ever when second quarter data are recorded. Stock prices have always ultimately declined from far lower levels of overvaluation, even if they should continue higher in the short run.

Compounding already existing economic problems, U.S. and worldwide debt levels have risen to all-time highs relative to the size of their respective economies. Excessive debt was integral to the economic collapse in 2007-09 as well as to the financial stress that companies are experiencing now. Household names J.C. Penney, Neiman Marcus, J. Crew and Hertz, among others, have already declared bankruptcy, and more companies are lining up. Financially weak countries may be next. Yet our government continues to create massive amounts of additional debt as its primary tool in addressing the economy’s current problems. As increased leverage always does, it makes any further economic downturn increasingly dangerous.

The single biggest wildcard in our current situation is the progress of the Coronavirus pandemic. Virtually all scientists admit their uncertainty about what we will face in the months and quarters ahead. While hopeful of vaccines or treatments for the virus over the next six to twelve months, scientists can have no certainty. It is discouraging to see infections rising in a number of states, and history suggests that a second or third wave is certainly possible. Good or bad news on the medical front will have diametrically opposite effects on economic and market outcomes.

Even without more negative news about the pandemic, there is a very real possibility that serious, lasting economic damage has already been inflicted that may have negative effects on equity markets for years to come. Fed Chair Jay Powell responded to questions from the press last week. He indicated that the Fed expects that the economy should begin a recovery in the second half of this year but that the current economic damage may have effects lasting for years. The Congressional Budget Office recently estimated that a full recovery will take nine years. Speaking about the world economy, the Organization for Economic Cooperation and Development said last week: “Economic impacts are dire everywhere. The recovery will be slow and the crisis will have long-lasting effects, disproportionately affecting the most vulnerable people.”

We face uncertainties on many fronts that could be reflected short-term in the investment markets by either weaker or stronger securities prices. The most crucial question all investors face is whether government actions can continue to overcome weak underlying fundamentals over the long term. The answer will determine whether it is more prudent to be equity-lite or equity-heavy. Each investor must evaluate carefully how much risk to assume in attempting to optimize both safety and return.